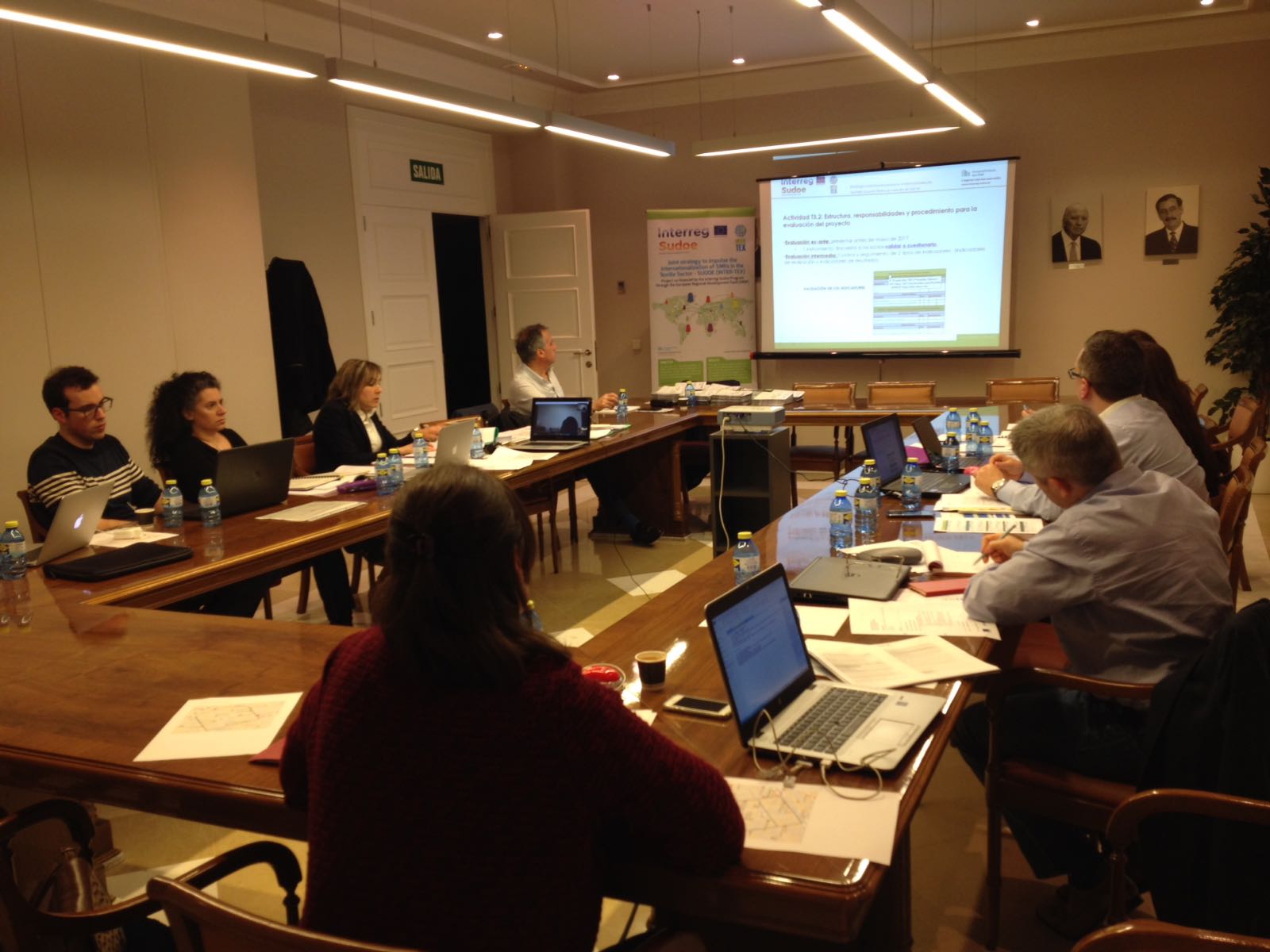 The consortium participated in the second transnational meeting of the INTER-TEX project held in Valencia on 8 and 9 March where the various tools and initiatives to be developed in the next six months have been defined, In favor of the internationalization of SMEs in the textile sector and the creation of the SUDOE space.

The Interreg project, approved by the Interreg SUDOE program, aims to promote the internationalization of SMEs in the textile and clothing sector of south-west Europe through public-private cooperation and the development of joint transnational strategies.

The project will cover the five areas in which the textile industry is concentrated in the SUDOE area: Galicia, Catalonia, Valencia, Northern Portugal and southern France (Mid-perineum).

For more information on the project: http://www.intertex-sudoe.eu